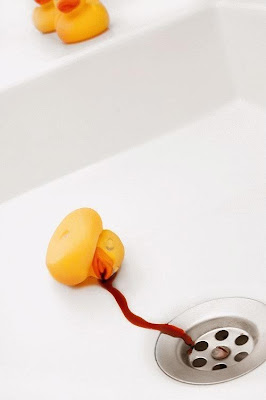 Posted by Litoralis at 8:52 AM 4 comments: Links to this post

Crash of the Week: Skiffs Again 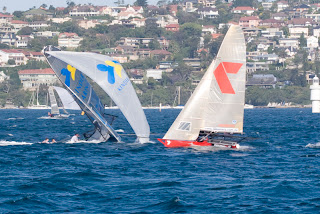 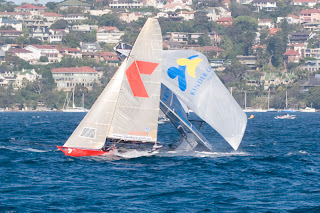 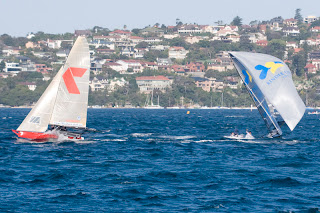 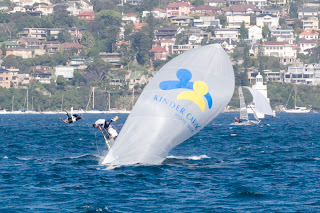 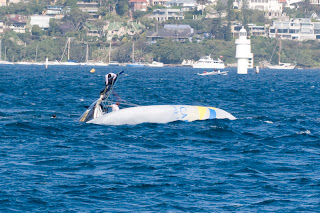 The Science of Knots

Tillerman is talking about it, and the Laser Forum has a post discussing it...but scientists have already figured it out. Apparently it doesn't matter whether you use the Rooster mainsheet or the new Bzzz line, even mathematically simulated strings form knots without much provocation.

The best knotting came from very flexible, long string contained in a large box. "A highly flexible string placed in a very large container will have a higher probability of becoming knotted than a stiff one that's confined in a smaller container," Smith told LiveScience.

The researchers suggest that cramped quarters limit the tumbling motion that facilitates the string weaving through the coils. That would explain why knots were less likely to form in smaller compared with larger boxes.

But in real life, most people don't tumble cords and wires on a daily basis. Smith explained that while this tumbling is not a requirement for knots to form, some motion is necessary.

"Surprisingly little disturbance or motion is even needed," Smith said. "It's quite easy for something to get knotted." Even the act of picking up the phone and placing it back down could be enough jostling to trigger knot formation.

While there is no magical knot buster, Smith advised what all sailors, cowboys, electricians, sewers and knitters know: to avoid tangles, keep a cord or string tied in a coil so it can't move. 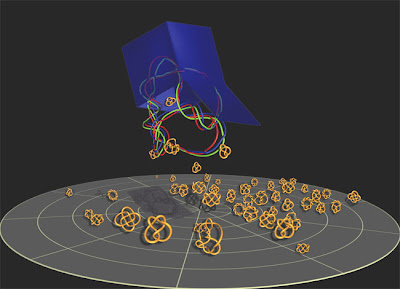 It sounds like a tumbling motion is what causes the worst problems...not good news for rope that is sitting in the washing machine that is a Laser cockpit.
Posted by Litoralis at 9:15 AM No comments: Links to this post

Crash of the Week: 18ft Skiff 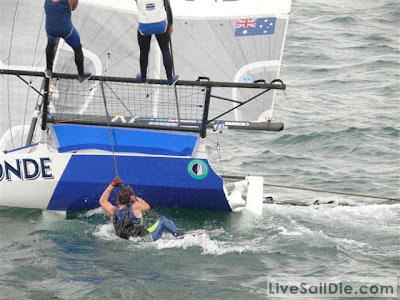 Bruce finds a manly way to pee by hanging over the side of the boat.
Posted by Litoralis at 11:44 AM 2 comments: Links to this post

I have the opposite problem from Edward over at EVK4: my daughter loves the wind -- she has been saying "Windy!" when she feels the breeze on her face since she could talk -- but she is afraid of my boat. Of course, my boat is not as attractive as Edward's Lady Bug; it is just a Laser sitting on a trailer in the backyard. When we go outside she usually acknowledges its existence with a "Dat's Daddy's boat," but if I ask her if she wants to sit on it she'll just say, "No, no, no, don't like it." Anyway, I should have been sailing this past weekend. The weather was beautiful, with that nip in the air that lets you know autumn is here. Instead of sailing I spent a lot of time playing with my daughter. Here's a gratuitous shot of her enjoying the wind on our long walk at Borderland State Park. 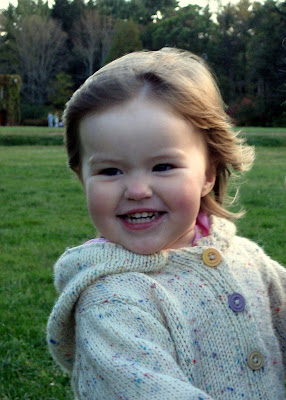 Posted by Litoralis at 10:56 AM 2 comments: Links to this post

Crash of the Week: Hiking Straps Are Not Optional 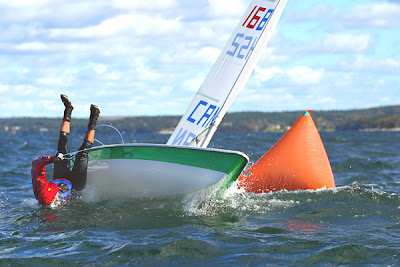 by Duncan Enman, via Scuttlebutt
Posted by Litoralis at 11:54 AM 3 comments: Links to this post 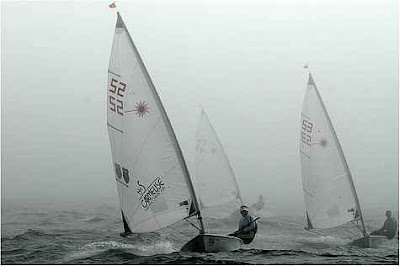 Anna Tunnicliffe (#52), Paige Railey (#53), and rising star Sarah Lihan (#47) in what appears to have been their usual order so far at the Olympic Trials. This image of three sailors emerging from the fog also serves as a metaphor for these sailors' positions relative to the rest of the fleet. The racing has been very close between Railey and Tunnicliffe, although Lihan is keeping her more well known competitors on edge:

Tunnicliffe had a 10-12 boat length lead going into the first leeward mark. Railey picked up a few good shifts up the second beat, and halved her lead at the top. Railey then worked a puff down to pass Tunnicliffe in the first third of the run. After a total of 4 lead changes down the run, they came into the leeward gate (port rounding to a beam reach leg to the finish) overlapped.
Tunnicliffe and Railey jibed onto starboard, and with the Judge boats right there to observe, Tunnicliffe surfed ahead, and Railey had no overlap at the mark. Although there were words exchanged, no flags were flown. Other Notes: Sarah Lihan led at the first 3 marks of Race 3 (second race today).

Crash of the Week: A Broken Moth Wing 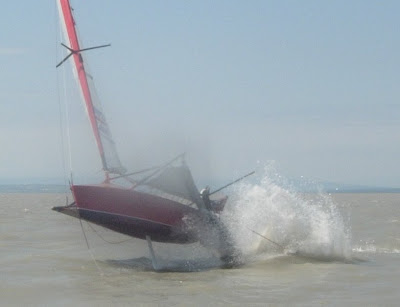 Via Doug Culnane's Blog.
Posted by Litoralis at 11:59 AM 2 comments: Links to this post

When I was sailing on the Charles River during college, I occasionally wondered why the Longfellow Bridge between Boston and Cambridge had Viking ships on it:

A little research reveals that the answer has a strange connection with baking powder. Eben Horsfeld revolutionized bread-making in the 1890s when he developed Rumford's Baking Powder. Inspired by a Norwegian superstar and nationalist and a mysterious stone, he became convinced that the Viking Lief Ericson had landed in Cambridge, which he called Norumbega, and funded monuments and research to that effect. The Boston elite, threatened by new Irish immigrants, quickly seized on this concept, since it showed that the cleaned-up Viking, and not Catholic Columbus, had first settled their sacred city. A century later, it was discovered that the Vikings did reach America first, though never Boston.

Statue of Leif Erikson, erected in 1887, on Commonwealth Avenue
Posted by Litoralis at 11:16 AM 1 comment: Links to this post