Tillerman is in Roses for the Laser Master's World Championships.

I was looking through the regatta photos after the first day of racing today, and I spotted him on the beach with Tillerwoman: 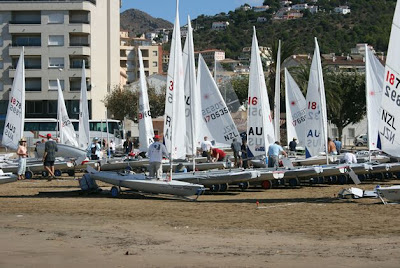 (See left side of photo, Tillerman in red hat and stripy shirt)

and rigging his boat: 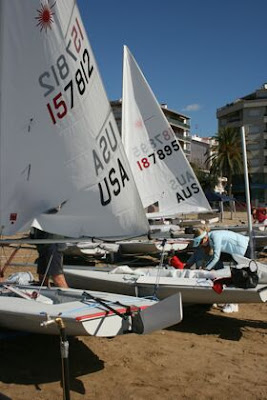 (USA sail number)
Posted by Litoralis at 6:45 PM 9 comments: Links to this post

Crash of the Week: The Alva Star

If you get into any sticky situations on the water this weekend, remember you are almost certainly better off than these guys: 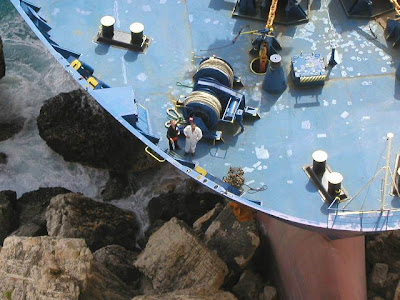 In 2002, the Norasia container ship Alva Star crashed into Zakynthos Island in Greece due to a "navigational error at night." 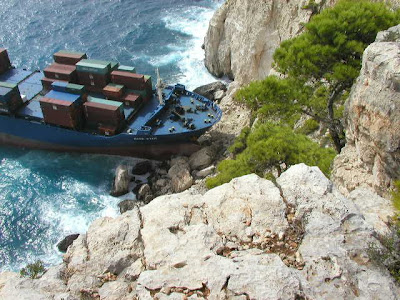 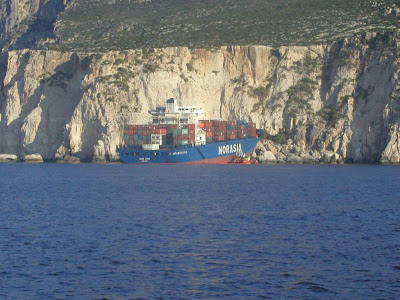 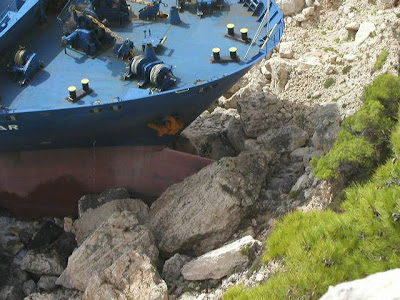 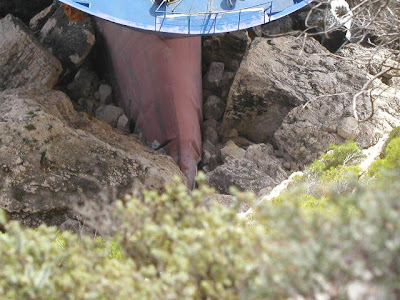 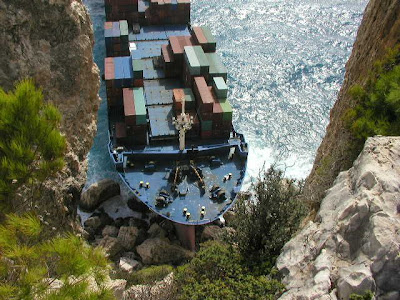 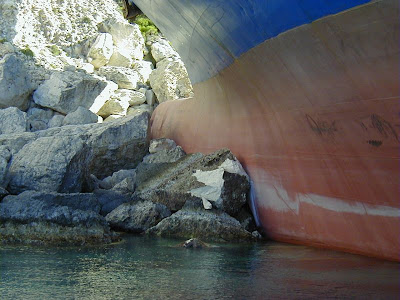 Posted by Litoralis at 2:24 PM 2 comments: Links to this post

Eight o'clock and all's well in Roses...still windy though and a pretty sunset too. 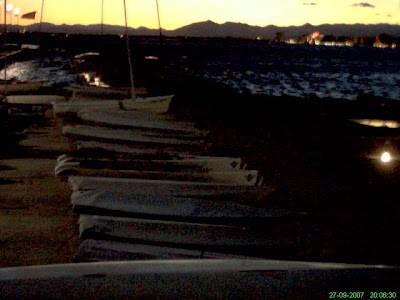 The Grup D'Esports Nautics de Roses webcam is great. I can't wait to watch the old guys launching their boats on their first day of racing at the Masters Worlds on Sunday.
Posted by Litoralis at 2:09 PM No comments: Links to this post

Poll: Should "practice" sails be used for racing?

The Laser class has a strict one design philosophy, as shown by the preamble to the class rules which reads:

"Our class is strong and popular because we believe in a strict one design and our sailors want to know that they are racing on equal terms. The ILCA takes a very strong line with Laser sailors who do not sail according to the rules...Our class is much bigger than the odd person who wants to gain advantage by illegally changing the Laser or its equipment. They can sail in other classes where the rules allow changes to a boat to get an advantage. We do not want them with us."

Much debate has been generated on the Laser Forum about whether to allow so-called practice sails in regattas. I have started a poll on the right to find out what people think. Please leave any comments below or in the Laser Forum in this thread.

By practice sail, I mean one of the several sails produced by non-builder approved sail makers.

The class rules do not specifically allow the use of non-class approved sails.

Does a "race" need to be sanctioned by the Laser class to be a "race"?

What if the sailing instructions say the class rules apply?

What if the sailing instructions specifically allow "practice" sails?

If the sailing instructions don't mention the class rules, and the regatta permits the used of practice sails, can I slap a Laser sticker on my Finn and show up for racing? Can I use my Rooster 8.1 rig? Can you stop me if I do? What would you argue?

Why should "practice" sails be allowed in any racing whether it is informal or not?
Posted by Litoralis at 11:52 AM 1 comment: Links to this post

Looks like it's already windy in Roses where the World Laser Masters Championships are being held later this week. Best of luck to Tillerman and all the other Masters! 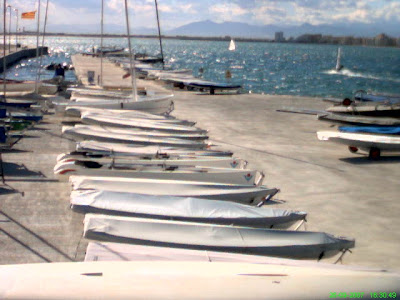 Roses looks like a beautiful place to sail. Only six more years until I can join in the fun!

Posted by Litoralis at 10:42 AM No comments: Links to this post

With all this talk about carbon footprints and global warming, there is one more Inconvenient Truth that needs to be exposed: the Atlantic Ocean is disappearing! Where is Al Gore when we really need him? 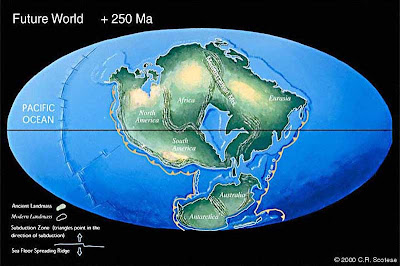 About 250 million years from now, the plates on which the present day continents rest are again projected to reposition themselves so that a single landmass dominates. The above simulation from the PALEAOMAP Project shows this giant landmass: Pangea Ultima. At that time, the Atlantic Ocean will be just a distant memory, and whatever beings inhabit Earth will be able to walk from North America to Africa.
Posted by Litoralis at 8:34 AM 9 comments: Links to this post

Why use a trailer when you have a truck? 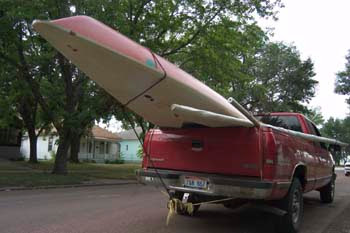 Posted by Litoralis at 12:08 PM 3 comments: Links to this post 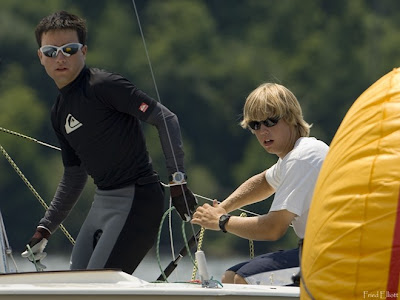 Last week I posted about Tomas Hornos winning the first race of the Snipe Worlds. After a regatta with no wind and only three races over 5 days, Tomas is now the Snipe World Champion, beating Augie Diaz and Peter Commette! 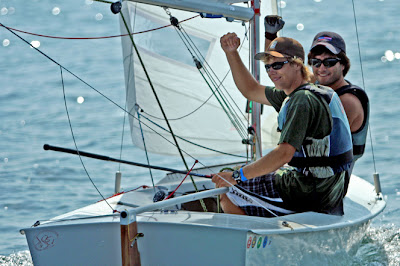 "It is an honour and a privilege to conquer the title. The light shifty winds we got are our preference, favouring us. On this last race, because we have a good speed, we managed to cover our closest adversaries till the end". Tomas Hornos
Posted by Litoralis at 8:32 AM 1 comment: Links to this post

Edward at the EVK4 SuperBlog started it. Tillerman continued it with fish and chips on Friday. I would like to join in the fun with a photo of some really fresh cod, caught by a guy who really liked to fish. 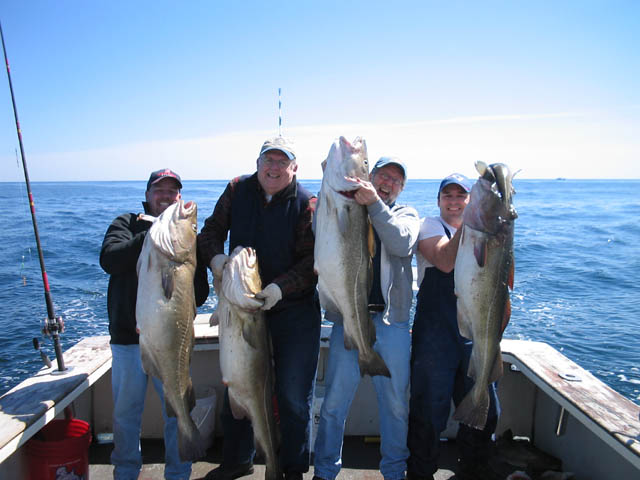 Tomas Hornos, a young hotshot from my local Star fleet, has won the first race at the Snipe worlds in Portugal. Tomas is a freshman at Tufts University, and is on their sailing team. He has been sailing Stars for the past few years, with his father Luis crewing. 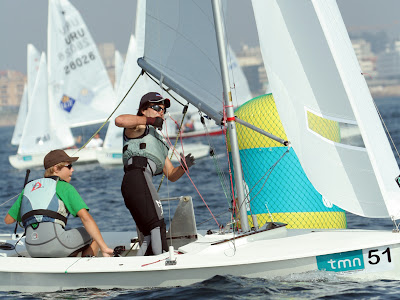 Photo: João Tata
Posted by Litoralis at 12:48 PM No comments: Links to this post

Here's a photo of a Laser mast step. Can you see anything wrong with it? (Click on image to see larger version) 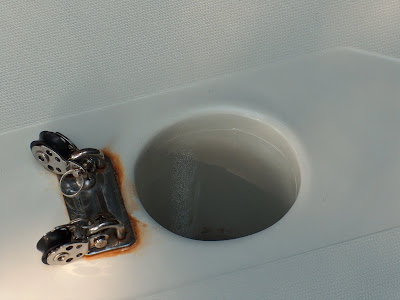 Posted by Litoralis at 2:20 PM 8 comments: Links to this post

Last month I posted a photo of 1935 I-14 Phoenix and 2007 I-14's at the 75th Anniversary POW Cup in Cowes. Today I came across this great photo from Carlo Borlenghi (via Scuttlebutt's photo gallery) of a Farr 40 at the Worlds in Denmark. 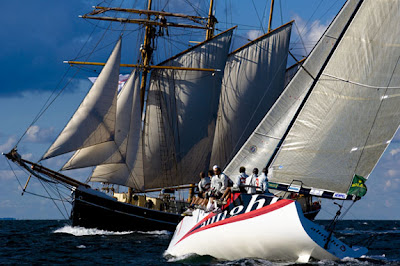 Posted by Litoralis at 10:56 AM 2 comments: Links to this post